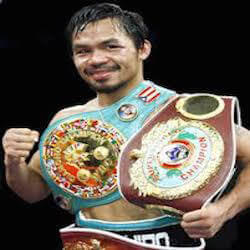 Conor McGregor, the UFC superstar who recently made his much-heralded debut in the boxing ring could be stepping back into it sooner than many have previously imagined. This is thanks to Manny Pacquiao teasing about the prospect of a so-called real boxing match against the fighter from Ireland.

A Short but Direct Message from Pacquiao to McGregor

Pacquiao, an eight-division world champion, posted a short but very direct message to McGregor via his official Instagram account that wished McGregor a happy thanksgiving, and advised him to stay fit, featuring a picture of the UFC star.

McGregor has Been Out of Action

As punters who enjoy the sports betting NZ and the rest of the world has to offer will well know, Conor McGregor has not been seen in either the boxing ring or the mixed martial arts octagon since he suffered a defeat in the tenth round of his boxing match against Floyd Mayweather Junior back in August of this year. It is highly likely that a big-money opportunity to fight against Pacquiao could keep him out of the octagon for even longer!

Pacquiao was last seen fighting in July 2017,  albeit in a match which he ended up losing to the Australian professional boxer Jeff Horn. McGregor may well take Pacquiao up on his Thanksgiving offer, too, seeing as making money is one of the fighter’s stated priorities.

McGregor did not manage to beat Mayweather Jr in his boxing debut, as the legendary boxer managed to survive an initial onslaught from the MMA star before his stamina allowed him to start running clear in the later rounds of the fight.

But the major payday that both fighters enjoyed as a result of the crossover fight made losing worth it, according to McGregor. He went on to describe himself as a free agent at the press conference which took place after the fight, stating that he had a number of options in mixed martial arts. He went on to add that there would be choices that would present themselves in the world of boxing, and that his name was on the ring. He stated that he was happy to see what would be coming up next, and that he loved fighting, and the match against Mayweather Jr had been a good one.

McGregor is Entering his Prime -Pacquiao Not So Much

McGregor, at 29-years old, is entering what should be his prime as a fighter, while Pacquiao, at 38-years old is past his best, and coming off the worst defeat in all of his career. Horn, who was a teacher previously, was seen as the underdog in the Battle of Brisbane which took place in July, but came out with a unanimous, though controversial, decision-win.

MMA and Boxing May Well Clash Once More

Fans and punters alike considered the superfight between McGregor and Mayweather Jr as a once-off deal, but the Thanksgiving-themed bear-poke that Pacquiao delivered may well result in another bout being organised.

Mayweather defeated Pacquiao in a unanimous decision fight back in June of 2015, and while the former may not have managed to best Mayweather Jr, he may well consider his chances of overcoming another boxing legend in the form of Pacquiao.