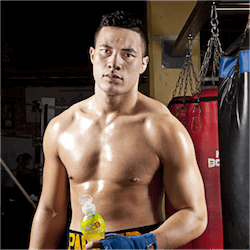 New Zealand boxer Joseph Parker has spoken out about his eagerness to prove his credentials against the likes of Tony Bellow. He has also expressed a keen interest on getting into the ring with American Deontay Wilder, one of the boxing giants of the heavyweight division. In an interview with the press, Parker spoke openly about his relief at getting back to training for his very first mandatory WBO world title defence fight against Hughie Fury which is scheduled to take place on the 6th of May at the Vector Arena in Auckland.

From his training base in Las Vegas, Parker went on to explain his feeling of satisfaction with his entire camp and why the heavyweight boxing scene is a dynamic and exciting place at the moment. Despite his confidence, Parker is a realist and will take nothing for granted when he faces off against Fury in two months’ time. However, he feels that there are certainly much bigger matchups on the horizon in the form of Englishman Tony Bellow and Deontay Wilder for starters.

Parker Keen to Prove his Worth

What Parker is aiming to do is to unify the entire heavyweight division. If successful, he would certainly find himself face to face with the American WBC champion. On the other hand, a fight against Bellow (cruiserweight) would certainly be a bit easier and a lot more lucrative for the New Zealand champ. After listening to Tony Bellow’s comments about him being the “lesser of champions” Parker said that it actually a good thing. If Bellow believes he is not as powerful or as fast as the other heavyweight champs, he would be more than happy to show him what he could do in the ring.

Since the famous Tyson Fury upset against heavyweight Wladimir Klitschko at the end of 2015, the entire heavyweight division has been in a constant state of change. Until the contracts are actually signed, none of the fights are guaranteed. However, should Parker defeat Hughie Fury at home, then the fight against Bellow should be on the cards, especially after having defeated David Haye in another shocking upset.

After viewing the footage of Bellow’s TKO win against Haye in London, Parker admitted that it was a good fight but is confident that he will do well in the ring against the Englishman. Parker also feels that he has a chance against Deontay Wilder after watching the American defeat Gerald Washington in a fifth-round knockout in Alabama.