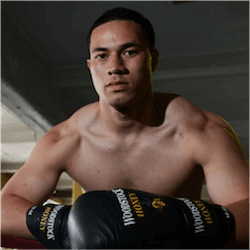 Joseph Parker, the WBO champion since last year, is said to have found a replacement boxer for an upcoming title defence match. The 25 year old New Zealander was set to meet Hughie Fury in the ring.

Unfortunately the Brit pulled out of the match citing a back injury that has left him unable to compete until he has fully recovered. They are leaving announcing whom exactly will be the boxer facing Parker until a press conference to be held this week.

The announcement is delayed in part so that the team can fly in the contender to Auckland for the press conference.

The head of Duco Events, David Higgins, claims that the replacement fighter meets all the necessary requirements to fit the bill of replacements fight. He further said that the fighter matches Hughie Fury physical but is probably an even more powerful puncher.

WBC champion, Deontay Wilder has challenged Parker for a unification bout in response to the news that Fury had pulled out. Additionally the cousin of Hughie Fury, the heavyweight Tyson Fury also issued a tongue in cheek challenge to Parker.

Since the announcement there have been a lot of barbs thrown back and forth between the Parker camp and the Fury camp. It seems that there is definitely some bad blood brewing that may mean that a matchup is in the cards in the future.

The preliminary date for the fight has been set for the 6th of May. The match is set to take place in New Zealand. Duco events outbid the Fury camp who wanted to bring the fight to England.

Hughie Fury is a celebrated professional boxer who in 2012 became the first English amateur boxer to win a gold medal at the Youth World Championships in the Super Heavyweight boxing category. He turned professional shortly after this gold medal and was soon standing with a 20-0 undefeated record and the WBO Intercontinental Title.

Fury is ranked number 2 on the WBO world boxing rankings. For now his 20 fight undefeated streak is still safe. By comparison, Joseph Parker is also on an undefeated streak with 22 wins on record. However Parker is a decorated champion with the WBO Oriental, African as well as Oceania titles to his name.

He has also delivered a sterling performance representing New Zealand at the Commonwealth games.