Samoa Gets Behind New Zealand Boxer 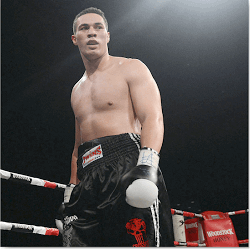 Samoa Looking to Steal the Limelight at Auckland Fight

The Samoan nation and its Prime Minister look set to steal the limelight at next months WBO heavyweight title fight in Auckland. The highly anticipated boxing match takes place at Auckland’s Vector Arena on December the 10th and promises to draw in a huge number of fans.

Both the Auckland council and the New Zealand government declined to fund Joseph Parkers fight against Mexican Andy Ruiz Jnr. so Samoa took up the challenge, and will reap the rewards. The match will be telecast globally and instead of promotional pictures of the Far North, Queensland and Auckland being beamed across the world, Samoa will take centre stage and promote their own country.

A sponsorship deal worth a whopping $NZ137, 000 was recently signed under the instruction of Samoan president and avid boxing fan Tuilaepa Aiono Sailele Malielegaoi, awarding Samoa a number of advertising rights. Malielegaoi said that he had no hesitation in offering his and his country’s support, and that he was fully aware of the benefits he could reap from such extensive promotion.

Reaping the Rewards of a Massive Spectator Sport

Boxing is an incredibly popular spectator sport and there are also a huge number of punters who enjoy betting on fights’ outcome. Malielegaoi is capitalising on this, and although Parker’s promoter, David Higgins has said that there may be some confusion with regards to where the event is taking place, he has highlighted the fact that funding closer to home was not available, and that Samoa’s sponsorship was more than welcomed.

Higgins has confirmed that the Samoan president will introduce the main event and that a ceremonial introduction will take place. He also stated that Malielegaoi might be asked to take part in the awarding of the belt at the end of the bout and to say a few words about the winner.

Both the New Zealand and Samoan National Anthems will be played before Parker takes to the ring, and this is more than fitting, as this boxer is a New Zealand born Samoan. Parker is following in the footsteps of David Tua, who not only has similar heritage but also fought for his country in a heavyweight title 16 years ago. Tua fought Lennox Lewis in Las Vegas and was beaten, but Parker is hoping for a better result this time round.

Malielegaoi believes that Parker has an excellent chance of beating Ruiz Jnr and says that this time, the odds are more even. Punters will be keeping a close eye on the odds as the boxing match draws closer, and the 10th of December promises to be an exciting date in New Zealand’s sporting calendar.