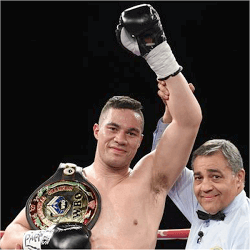 The best moment in the 2016 boxing calendar for New Zealand punters had to be Kiwi fighter Joseph Parker clinching the WBO Heavyweight Championship in Auckland on December 10. In handing Mexican-American Andy Ruiz his first professional defeat in 30 bouts, Parker maintained his own undefeated record in his 22nd fight.

Overall, it wasn’t the most explosive bout of the year; Ruiz looked flabby despite some fast, effective inside punches, and Parker’s victory came via a narrow points victory that some fans felt should have gone the other way. Nevertheless, Parker provided a nice windfall for the punters who bet on him and, just as importantly, secured another world title belt for New Zealand’s trophy cabinet.

New Zealand boxing fans get a smorgasbord every time the Summer Olympics come round, and the 2016 Rio games were no different. British underdog Joshua Buatsi took a bronze in the light-heavyweight semi-finals, delighting his home country with the UK’s first Olympic boxing medal.

Russian heavyweight Evgeny Tischenko took the gold after beating Vassiliy Levit from Kazakhstan, but the point’s difference was so close that the champion was booed on the podium by fans that thought the fight should have gone to Levit.

New Zealand’s boxing punters also saw their fair share of bloody, punishing bouts through the year. The WBC super-featherweight title fight between Mexican boxers Francsico Vargas and Orlando Salido in Carson, California, went the distance with some thrilling back-and-forth action. Both fighters were gashed, bruised and bloody after 12 rounds of non-stop, toe-to-toe pummelling that included more than 2,000 punches. For once, punters with a bet on a draw got lucky, because the judges simply could not separate them.

Welsh middleweight Tom Doran was involved in two explosive fights this year, the first against Irishman Luke Keeler in Liverpool in April for the vacant WBC International title. After being put on the canvas in Round 1, Doran returned the favour twice in Round 2, his final punch delivering a stunning TKO. He met his match in June, however, at London’s O2 Arena, when English boxer Chris Eubank Jr dished out so much punishment to him that the referee stopped the fight in Round 4, ending Doran’s run of 17 professional fights undefeated.