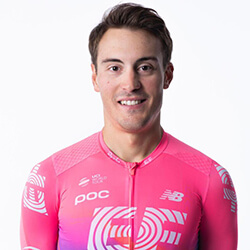 Italian Alberto Bettiol managed to pull off an incredible solo win for the men’s Tour of Flanders being held in Belgium, and claimed his first professional victory of his career. The Education First rider, who is 25, took on the 18km of the 267km one day classic and held off a group of pre-race favourites that were chasing him. It was the second victory for Italy of the day, with Marta Bastianelli winning the women’s race in a sprinting finish.

After pushing clear of the Oude Kwaremont, which is the penultimate climb of the race, Bettiol held the advantage over the Paterberg, and pushed on solo to the line as the riders could do nothing more than mark each other as they chased him. Denmark’s Kasper Asgreen, who has earlier been in a breakaway, made more effort in the late second, and found himself 14 seconds behind Bettiol, while former victor Alexander Kristoff of Norway took third place.

Talking about his win, Bettiol said that it was a god feeling, and that he had looked around at the top and saw that he had a wide gap, and his team urged him to keep gong.

It’s marked as Bettiol’s first solo victory since he turned professional in 2014, and has only previously won a team trial stage during last year’s Tirreno-Adriatico. The Tour of Flanders is the second monument, which is made up of five of the most prestigious one-day races in the series.