Aorere Enduro Back on Track 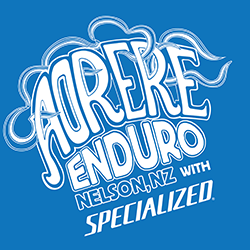 An international range of mountain bike riders are set to descend on Nelson for the anticipated Aorere Enduro that’s set to take place at the end of October. More than 200 riders from Europe, Asia, America, and New Zealand will be competing for the first round of the Enduro World Series Asia-Pacific series. The Nelson Mountain Bike Club was given the chance to host the event earlier this year in February, but was forced to postpone due to the high risk of forest fires that affected the region during the beginning of the year.

Belinda Crisp, a club spokeswoman, stated that it was a big milestone for them to host the race for the first time. Crisp also said that the tracks in Nelson offer a unique challenge to riders, saying that most trails around the world take around 3 – 5 minutes to race down, while Nelson has trails that are three times long as usual, with some taking up to 15 minutes to descend.

Crisp also said that the specific tracks that are being used were being kept under wraps until a week before the start of the event. The first day and a half would be for practising and getting the riders used to the tracks, and Crisp has confirmed that there will be many opportunities for fans to watch the event take place. She added that it would act as a test run for potential future Enduro World Series races to come to Nelson.