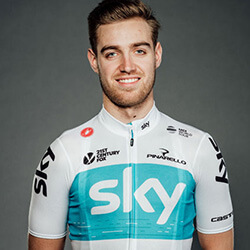 Chris Lawless has become the first British rider to win the men’s side of the Tour de Yorkshire thanks to a strong ride during the last stage that saw them finish in Leeds. Lawless, who was racing in the blue jersey as the leader overnight, finished just behind stage winner Greg van Avermaet and claimed a win for Team Ineos.

23-year-old Lawless was immediately celebrated by teammate Chris Froome, who had been hind the decisive final break on Cote de Otley Chevin. The win is a big welcome for Team Ineos, who were only recently created, replacing the former Team Sky. With the last 20km of the race remaining, and Lawless starting to struggle, Froome went on the attack, and ultimately forced all of the other riders to begin chasing him down.

Talking about his victory, Lawless stated that he couldn’t believe it, and that if someone had told that he would win the race before it started he would have called them a liar. He went on to say that he started losing touch around halfway up the Otley Chevin, but that he knew that if he could get back on the climb, he would be able to push through at 5km to the finish line. He continued by saying that he knew that he could follow Greg van Avermaet, and that Greg was someone that he looked up to when he first started riding competitively.