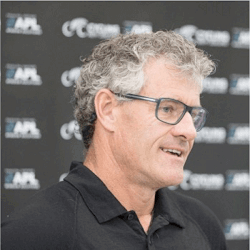 Cycling High Performance director Mark Elliott has made the decision to step away from his role in the New Zealand organisation. It has been his for the past nine years, and directly led to the formation of the High Performance Programme, establishing the centralised agenda in Cambridge.

Elliott has stated that it was something that he had been ruminating on for some time, and that the country’s below-target performance at the Rio Olympics formed part of the reason for his decision. Elliott went on to say that although an exit directly after the Olympics would have made sense, he did not feel that the timing was quite right, especially considering that he had been the programme’s head for the preceding nine years. He explained that he wanted to ensure that none of the momentum the programme was enjoying at that point would be dispersed by his departure, and that overseeing detailed reviews of all of the campaign’s aspects could now be submitted to New Zealand’s High Performance Sport.

Since Mark Elliott has been in the position of director of the High Performance programme, New Zealand has managed to win a total of eight World Championship titles on the track and road; set up Pathway Partnerships for younger riders; begun a High Performance Programme for BMX riders; provided key support for World Championship mountain bikers; and, most recently, established the Regional Hub Development Programme as well.

Andrew Matheson, Cycling New Zealand’s Chief Executive, praised Mark Elliott for his wonderful contribution to the sport as a whole, stating that Elliott had been a guiding hand in setting up a High Performance Programme of a world-class standard, achieving this feat almost single-handedly. Matheson went on to say that Elliott’s unique knowledge of High Performance sports thanks to his experience with it as a former athlete; coach; medical professional; and administrator, his contributions to the sport as a whole were particularly valuable. Matheson was hopeful that wherever Elliott ends up turning, it is not away from the world of sporting in New Zealand, as that loss would be an immeasurable one.

Matheson said that the reasons behind his leaving were understood, and that the organisation would dedicate itself to learning from the mistakes made at the Rio Olympics, and make use of these to have a second look at the structure and direction that High Performance sport was taking in order to take the Tokyo medals when these became available.