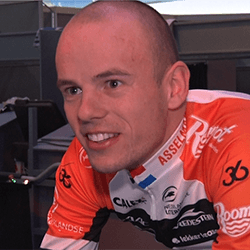 Dutch rider Jesper Asselman has won the opening stage of the Tour de Yorkshire after he became part of a long-range breakaway. The rider took the first stage in wet and cold conditions, winning after taking the lead from Filippo Fortin, while Mark Cavendish completed the stage in eighth place at the end of the Doncaster to Selby event. British Jacob Hennessey was the very first to get to the top of the climb for the day, and went on to claim the King of the Mountain Jersey.

Chris Froome, four time Tour de France winner finished right at the back of the group. Froome, who was competing for Team Ineos in their first ever race since their official switch from Team Sky, steered clear of any potential problems for the long 111 mile stage. Despite this, the 3 year old and his fellow teammates were forced to deal with jeers from the protesters who have become upset of proposed fracking plans in Yorkshire from Ineos.

The women’s two-stage race is upcoming, and sees Lizzie Deignan competing for the British for the first time since she gave birth to her daughter over six months ago. The former world champion came in seventh place for the Liege-Bastogne-Liege after 23rd for the Amstel Gold Race, as well as 21st for La Fleche Wallone. The upcoming Barnsley to Bedale event will see a route around Harrogate that will also be featuring in the World Road Race Championships.