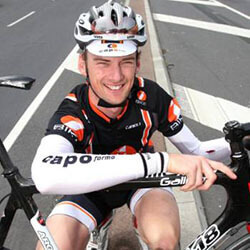 Karl Murray, famous New Zealand cyclist, has been banned for eight years after being found guilty for using drugs. Murray was tested positive for the use of clenbuterol during his Tour of Northland last year. It hasn’t been the first time Murray has been caught using drugs, however, and in 2014 he tested positive for both nandrolone and testosterone, after which he was given a two-year ban from competitive cycling.

Murray’s ban was once again restarted in 2017 after he was found coaching athletes, which was not permitted while he was banned. The breach, which violated the conditions set by the New Zealand Anti-Doping Rules, saw his ban extended by another two years. The latest ban he received was imposed by the Sports Tribunal of New Zealand.

Chief executive of Drug Free Sport New Zealand, has told reporters that Murray’s track record of positive test results and subsequent coaching shows that the cyclist has a disregard for clean sport.

“The NZ Sports Anti-Doping Rules are there to protect honest athletes and Mr. Murray’s appalling track record speaks for itself,” he said. “This eight-year ban for multiple violations casts a shadow over the thousands of clean Kiwi cyclists who compete every year and in the spirit of the sport. Despite having served a previous ban, Mr. Murray has been found again to have taken a prohibitive substance, in this instance, clenbuterol, at the time he was competing against other athletes. We owe it to clean athletes to bring any drugs cheats to account.”