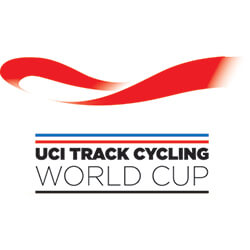 The New Zealand’s women’s pursuit team almost broke a world record, as they took gold at the UCI Track Cycling World Cup that was held in Cambridge. They were able to easily push ahead of their main rivals Australia for their gold medal race, crossing the finish like by more than 1.5 seconds and ending in a time of 4.10.705, which is the second fastest time record in the women’s team pursuit since they began racing over 4000m in 2013. They had taken four seconds off the previous New Zealand record, which they themselves had set during the qualifying rounds before the beginning of the official race.

By the halfway point, New Zealand’s Holly Edmondston, Rushlee Buchanan, Kirstie James, and Bryony Both were holding an advantage of their main rivals, which had push extra pressure on them to cross the 0.4 second mark. They had continued to push themselves for the third 1000m, moving one second ahead after the 2600m mark, but had lost a rider by that stage of the race. Australia had retained all four of their riders, but were not able to close the gap.

The New Zealand’s women’s development team finished in fourth place overall, where they claimed a bronze medal while Canada took the gold. The medals would keep on going for the New Zealand team as the women’s spring team also finished with gold, making it their first medal from the World Cup season at their fourth event.