Richie Porte Sees The Bright Side Of His Defeat 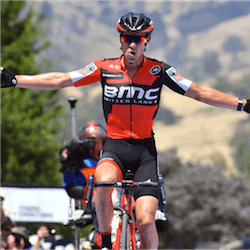 After coming so close to winning the Criterium du Dauphine, Australian star cyclist Richie Porte has found a silver lining and a useful lesson for the upcoming Tour de France cycle race. Once he got over his frustration at losing by such as small margin, Porte was able to pick up on an important lesson for his BMC Racing team. Porte felt that he was left completely isolated at the front and was put under siege by many tour rivals.

Porte started the final stage from Albertville in the South of France with a lead of just over 1 minute, a healthy margin in many respects. However, Porte was dispatched from the top of the leader board by Danish rider Jackob Fuglsang who finished 10 seconds ahead of Porte. Riding for Astana, Fuglsang mounted his attack on the final climb to the Plateau de Solaison. Porte also had a slew of riders attacking on the penultimate ascent including three time Tour de France champion Chris Froome, as well as Fabio Aru and Alejandro Valverde.

Lessons for the Tour de France

Speaking about his narrow defeat, Porte said that while it would have been nice to finish off the day with a win, his form is good and it is a great sign for the Tour de France. He admitted that it was bitterly disappointing for him to lose by such as small margin, but he gave credit to Jackob Fulgsang for his powerful attacking when it mattered. Porte did take encouragement from the fact that beat some of the biggest Tour Contenders that will all be lining up for the Tour de France in a few weeks.

According to Porte, the riders who were mounting an attack were keenly aware of where his teammates were and prevented them from getting close. Every time they came up to give support, they attack would begin and Porte would be left alone. After a while, there were only so many attacks that Porte could fight off by himself. He believed if he had some support up front with him, he would have been able to hold position better.

Porte will take all these lessons with him into the Tour de France. He now knows that he is climbing well and that the other teams have a specific strategy to isolate and target him. The Tour de France kicks off on the 1st of July from Dusseldorf in Germany.