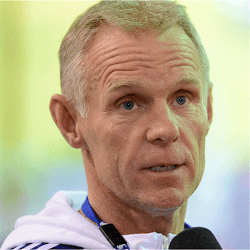 The British Sky Cycling team has recently be involved in a parliamentary enquire with regards to the use of drugs and controlled substances in the sport.

Angry cycling officials used the comparison of the All Blacks to the cycling team during an extensive grilling by parliamentary MP’s.

Shane used the All Blacks as an example of a powerhouse sports team that is celebrated for their achievements. This is in contrast to the Sky cycling team who are being investigated due to their success.

In fact the inquiry was kick started after irregularities in the team were noticed. The MP’s were directing the majority of their attention to Shane Sutton and the Team Sky Director, David Brailsford.

This is in response to a 2011 allegation that was part of an Anti-Doping investigation.

There was a mysterious unlabelled package delivered to the Sky cycling team that was claimed to be a decongestant Fluimicil by Brailsford.

He says the Team Sky doctor, a Mr Richard Freeman told him it was just the decongestant, which although not a banned substance, is not a licenced medication in the United Kingdom.

Brialsford also claimed that there is a paper trail to back up these claims but so far this is unsubstantiated. There does not appear to be any paper trail for the purchase and delivery of the medication.

Simon Cope, the eventual team manager, was at that time an under 23 women’s trainer. He was the apparent courier for the package.

He travelled from the UK to France and took a further 2 hour drive to get to the team where he handed them the package and hours later they had a stellar, race winning performance.

The MP’s pressed the officials as they did not understand the reasoning of sending a team trainer thousands of miles to deliver a package of decongestant.

Sutton also confused the MP’s when he stated that he did not originally know what was in this package being sent to France, despite authorising and arranging the deliver.

Cycling has recently come under a lot of scrutiny for doping and banned substance use.

Recently the famed cyclist Lance Armstrong was stripped of his medals when it came to light that he had been using banned substance and the use of these substances seem to be systemic in cycling.