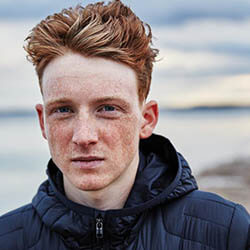 British Tao Geoghegan Hart has earned his second win for the Tour of the Alps after he out-sprinted Vincenzo Nibali from the group that was competing in stage four in Italy. Geoghegan hart, who is 24 years old, has since moved into second place overall, with 27 seconds down on Team Sky team mate Pavel Sivakov, who had finished in fourth place in Cles. Chris Froome came in fifth place after he had helped both Sivakov and Geoghegan counter attacks made earlier in the match by Nibali.

Hard took the senior victory on stage on, and finished the second on stage three. The five day long race will conclude with a long, 147.8km stage to Bolzano. Froome is hoping to get to top from for the beginning of his bid for a fifth victory in the Tour de France when the race begins in Brussels, but the rider struggled early on and said that he now riding in support of Geoghegan Hart and Sivakov. The 33 year old managed to twice bring back Nibali for the final climb of the Passo Predaia before the Italian rider dropped just about everyone except Sivakov, Geoghegan Hart, and Rafal Majka when there was 21km left on the course to go.

Those four had stayed clear until the end of the race, with Geoghegan Hart starting his sprint first, and Nibali was unable to follow behind him sufficiently and took second place, with Majka taking third.