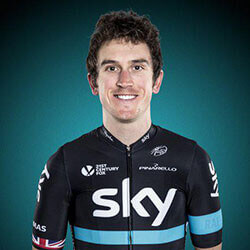 Geraint Thomas has told reporters that the role of leader for Team Sky at this year’s Tour de France will be decided over the next three Alpine days, and after the finish at the Alpe d’Huez summit stage. The leader’s role is now down to two candidates: Thomas himself and four time Tour de France champion Chris Froome.

Froome has seen four victories at previous Tour de France events, but Thomas is currently sitting higher up on the roster, with 53 seconds ahead of Froome and 43 seconds off of the yellow jersey. Thomas stated that he believes it’s too early to be talking about a leader, and that it would be best to wait until they finish Stage 12 before any decisions are made.

Thomas led the pack in 2017’s event for four days, a role he earned after winning the opening time trial that took place in Düsseldorf. He was, however, forced out of the position due to a crash he was involved in at stage 9. The dispute between Froome and Thomas is not nearly as controversial as the 2012 incident, where Froome was positioned as a domestique for Bradley Wiggins, despite his capability at the time.

The Alpe d’Huez stage that will take over three days will be enough to pick out which players should be leading the rest. Team Sky has confirmed that their decisions come after stage 12, but before the start of the Pyrenees.