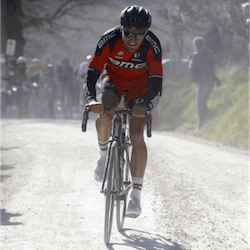 Belgian professional road cycle racer, Greg Van Avermaet comes off an extremely successful 2016 campaign to join the 2017 Tour De France. This cyclist is a favourite for many to take home the gold this year.

Van Avermaet suffered a fractured ankle at the end of 2016 but managed to start 2017 off with a bang. His first port of call was the Tour of Valencia in February before he took the Omloop Het Nieuwsblad. He also had notable performances in the E3 Harelbeke, the Paris-Roubaix and the Gent-Wevelgem.

Van Avermaet is planning to prepare for this year’s Tour De France by racing in the 5 day Tour de Luxemburg.

Van Avermaet will again be gunning for big stage wins as well as another potential day wearing the coveted yellow jersey as he did in the 2016 Tour De France.

He also stated that the five-day event should help him get back his racing rhythm before the Tour.

He has competed in many single day races but he is looking to get his 5 day hill race performance levels back.

In fact his lowest placing was an 11th place at the Liege-Baston-Liege and that is only after competing in almost every single day race event this year so far.

The Team This Year

This year Van Avermaet will be working with team captain Riche Porte. The rest of the team competing at Tour De Luxemburg will be Jempy Druicker, Martin Elmiger and Floris Gerts amongst others.

The team is looking towards Jempy Druicker as the race leader since this will be home soil for him. Additionally, Van Avermaet will be thinking forward to the upcoming Tour De France so hopes are also high with his general performance on the hilly terrain.

In April 2015 there was much controversy surrounding Van Avermaet following doping allegations. These charges were soon dropped and currently Van Avermaet is the world no 1 in the UCI rankings.

He is one of the most decorated cyclists in the sport and with how the roads are converging, he may be walking away with the 2017 Tour De France under his belt.