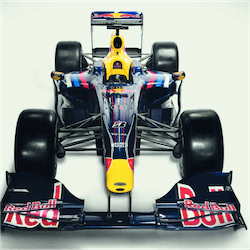 Daniel Ricciardo is Red Bull’s last hope at the upcoming Austria Grand Prix. The young driver has had a fantastic season so far; delivering consistent podium finishes for the embattled team.

He is the strongest chance the team has at a notable finish to this season after a series of crushing setbacks for teammate Max Verstappen.

Poor Engine Performance For The Future

Team Red Bull’s main concerns at the moment seem to be with their underperforming engine. The team are the new kids on the racing block and have faced an uphill battle with finding quality components for their vehicles.

They are not a traditional motorsports team so they have approached many other racing teams to purchase engines and other parts but so far every team has been loath to sell the team their best parts.

Red Bull Struck a deal with Renault to supply them engines with the understanding that Renault will be supplying upgrades to them.

Now Renault has revealed that they will only be delivering a sizable upgrade to the engine in the 2018 season, which has been a crushing blow for Red Bull and the young Ricciardo.

Ricciardo and teammate Max Verstappen as well, has made the best they can of the inferior Red Bull vehicle and they have performed exceptionally well given the circumstances but at the end of the day there is only so far that talent can get you.

The best performances so far in the car has been Max Verstappen’s second place challenge to Mercedes at the Canadian Grand Prix but this highlight was extremely short lived as Verstappen’s vehicle dropped out of the race after 11 laps due to a suspected battery failure.

A Hard Battle Yet Ahead

After seven races, team Red Bull is an insurmountable 100 points off pace. There may not be much to salvage of this season for Team Redbull and the delays in engine improvements will be a hammer blow for their next season as well.

It is not easy being a new team and unfortunately the brunt of the snub to the team is being born by the two young talented drivers. The biggest blow surely must be to their morale. With a decent chunk of the season still ahead and no prospects for next season, it is tough to fathom what headspace the two must be in at the moment.