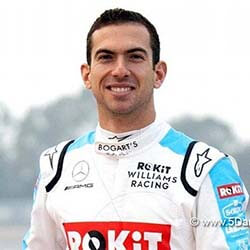 F1’s team Williams driver Nicholas Latifi has revealed how he had received death threats after his crash in Abu Dhabi led to a controversial end to the race and season. Latifi, who hails from Canada, crashed with only five laps remaining of the Abu Dhabi Grand Prix. His crash led to the bringing out of the safety car that ultimately helped Max Verstappen beat Lewis Hamilton to the 2021 Formula 1 title.

Latifi said he received an entire torrent of abuse and death threats on social media and that the tone of hate had shocked him no end.

At the time of Latifi’s crash, Hamilton had been in a 12-second lead over Red Bull’s Max Verstappen.

While Hamilton decided to stay on the track, Verstappen opted to pit for fresh tyres. Even though race director Michael Masi initially said lapped drivers would not be permitted to pass the safety car, he changed his mind with only a lap remaining.

The Canadian has apologised for playing such a deciding part in the outcome of the Dec. 12 race. He however added that he intends to keep on competing until the checkered flag – regardless of his position.

Latifi said while he understood there would continue to be differing opinions on the topic, using those opinions to abuse others with threats of violence is a clear indication of not being a true fan of F1.