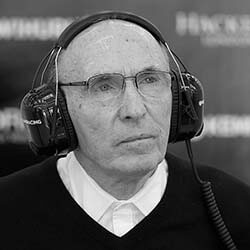 Sir Frank Williams, who founded the Williams F1 racing team, has died. He was 79.

Tributes have been streaming in for the legend ever since he died on Sunday. The famous Williams-founder enjoyed incredible success in Formula One – including seven drivers’ titles and nine constructors’ championships.

Under the leadership and tutelage of Sir Frank Williams, the team bearing his name emerged a dominant force in the 1980s and 90s. There would be no slowing them down ever since they won their first Grand Prix championship in 1979.

Williams and co-founder Patrick Head oversaw the establishment of a team that would go on to compete at the highest level of the sport for several decades. During their championship run, they would run circles around the likes of Ferrari.

But Williams also overcame on a much more personal level when he was paralysed from the neck down in a car accident in 1986. But even while confined to a wheelchair, he would go on to lead team Williams with the very same passion and tenacity as ever before.

Paying tribute to Williams this week had been three-time world champion Sir Jackie Stewart. The F1 legend paid homage to the significant role Williams had played in the world of motorcar racing. Stewart described William as a massive figure in British motor sport and said he would be missed “always”.