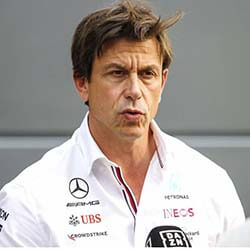 Mercedes team principal Toto Wolff has confirmed that F1 defending champion Lewis Hamilton will be switching to a new engine for the penultimate round of the 2021 Formula One season in Saudi Arabia.

With the championship hanging in a fine and close points-balance following Hamilton’s victory over Max Verstappen in Qatar, the newest engine could very well mean the difference between losing and winning for Mercedes.

Hamilton’s big win in Qatar did much for closing the gap between Mercedes and Red Bull. Verstappen now leads Hamilton by just eight points.

Even so, Verstappen’s current advantage, not to mention his incredible performance this season, could very well secure him the title in Saudi Arabia on Dec. 5. Should Verstappen wins, Hamilton will have to finish higher than seventh to even remain in contention for the title this year. This means there’s no moving room for error whatsoever.

The most likely eventuality is that Hamilton and Verstappen will go wheel-to-wheel for the title at the Abu Dhabi season finale on Dec. 12.

With a new engine about to be introduced into the mix, Mercedes will have a lot of speed and power to unleash in the next round in Saudi Arabia. The engine they’ll be sporting is the same one Hamilton used to power his way from 10th to victory in the Brazilian Grand Prix.

According to Mercedes director of engineering Andrew Shovlin, the new engine is a perfect fit for the track conditions in Saudi Arabia.