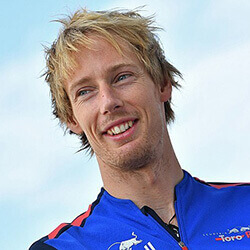 After driving 4 races for Toro Rosso (STR), New Zealander Brendan Hartley was retained for the 2018 season. Now he has been dumped by STR, and returns in 2019 as part of the world-famous Ferrari team. He will be working as a development driver, in the company’s simulator. Conversely, Daniil Kvyat left the Ferrari development programme and now drives for Toro Rosso.

The Prancing Horse team seems likely to finally overtake Mercedes, its major rival for the past decade. In that time, Ferrari has not taken any Formula One titles. Now, as their unlucky streak seems to be coming to an end, budget increases and new recruits have been announced.

Hartley joins fellow simulator operators Antonio Fuoco, Davide Rigon and Pascal Wehrlein in their push to get a victory for Ferrari. Team principal Mattia Binotti has commented on the talents of al 4 drivers, who are expected to perform well due to their understanding of race cars and tracks.

Wehrlein signed on at the end of 2018 after leaving Mercedes, and races in Formula E. Rigon drives for the factory team, while Fuoco rose up through the ranks of the Ferrari driver academy. The F1 racers for the team are Germany’s Sebastian Vettel, and Charles Leclerc, a newcomer from Monaco.

Hartley, meanwhile, has also signed on as a factory driver and Formula E prospect with Porsche, but a clause in his contract allows the Kiwi to remain in a Formula One role. His various positions confirm his return as a respected member of the Motorsport industry.