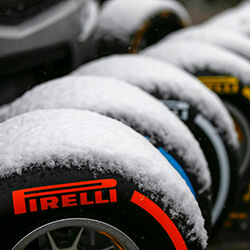 F1 team Williams has stated that it was embarrassing to miss two days of pre-season testing due to their car not being ready. The Williams, which is driven by British George Russell, finally made it to the tack at the Circuit de Barcelona-Catalunya with a day and a half left of the four day test. Claire Williams, debut team principal, said that it wasn’t a situation that they had anticipated, and one that they ever wanted to find themselves in.

Russell, who made his debut at the testing track, came 13th fastest overall. The 21 year old was eight seconds behind the pace set by Toro Rosso’s Daniil Kvyat, who beat Alfa Romeo’s Kimi Raikkonen by 0.058 seconds. Williams added that they were not just disappointed, but also embarrassed to not bring their car to a circuit when all the other teams had managed to do so, especially for a team like theirs that has managed to bring their car to testing for the past 40 years.

Williams also said that they wanted to apologise to fans of the team, but also to drivers’ Russell and Robert Kubica, who will be returning to the F1 scene after an eight year absence following a rally crash in 2011 that left him with only partial movement in his right arm. Williams continued by stating that the delays became apparent late on, and that they were initially hoping they would be able to make the second day of testing.