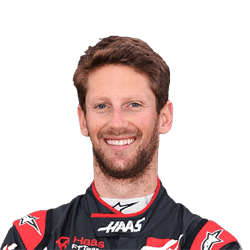 F1 team Haas has revealed that it does not have placement for Romain Grosjean if the driver earns a race ban, despite the fact that Grosjean is now just two penalty points away from receiving an automatic suspension.

Over the last year, Grosjean as accumulated a total 10 of the 12 points necessary to be suspended from racing any further this season. If the player does receive any penalty points during their next race, set to take place in Mexico City, the deducted points will not be issued until after the event has come to a finish.

But there are still practice sessions and a qualifying race before the main event, and it’s very possible that Grosjean can pick up those last two points during these races.

Haas’ reserve drivers, F2 racer and Indycar driver Santino Ferrucci and Arjun Maini have yet to earn enough superlicence points to be able to qualify to drive in an official F1 race. Gunther Steiner, Haas team principal, has told reporters that he has yet to line up a replacement for their primary driver should he incur a sudden suspension.

Steiner has also explained that were Grosjean be banned in the upcoming event, he would not leave the seat open, saying that he would find a replacement. Grosjean has also seen a three-place grid drop for the upcoming Mexican event due to a collision between him and Charles Leclerc, which earned Grosjean his 10th penalty point, and pushed him closer to being removed.