Hamilton About More Than Motorsports 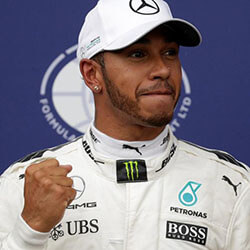 F1 racing driver Lewis Hamilton, who has been named one of 29 “Future Figures” selected by Radio 1Xtra for celebration Black History Month, says his desire has never been that of being remembered solely for his achievements in the world of motorsport. Instead, said Hamilton in a recent interview, he would want to be remembered for how much of an impact he has had on the lives of others. Helping people is what he’s really passionate about, said the British champion.

Hamilton has been a constant figure for Black upliftment and social equality. His endeavours have included bringing Black fashion designers with him to the Met Gala in order to raise awareness about their work, as well as the founding of the “Hamilton Commission” for tackling inequality in the world of motorsport.

The driving force behind the commission has been the Black community, explained Hamilton, with the focus on finding out exactly what it is that hinders the world of F1 from looking more like the world outside. The Black community is close to his heart, he said.

Another issue Hamilton says he would like to tackle is that of Black employment within the motorsport industry. Of the 40,000 jobs now operating within the industry, only 1% are filled by people from Black backgrounds. Changing this in such a way that better equality is created is something the seven-time World Championship driver says he holds very dear.