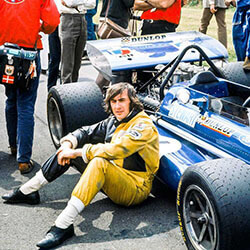 The 2018 Formula 1 race that is scheduled to take place in Britain will start out with a procession of 15 historic cars racing as an opening act parade. The cars are from over 70 years of Grand Prix racing, with some dating as far back as the late 1940s.

The cars to be involved include those from the first British Grand Prix in 1948 all the way to the 2016 Mercedes W07 that was driven by Lewis Hamilton. Among the other cars that will be performing, the audience can expect to see the 1958 Ferrari 246 Dino, a 1969 Lotus 49B. Jackie Steward, who will be leading the parade, will be manning a 1969 British GP winning Matra MS80-02.

Managing director for the track, Stuart Pringle, told reporters that Silverstone is one of the last few F1 circuits that boast a rich heritage spanning the better part of a century. He went on to add that they were delighted to be showcase the history of the cars that have performed on the track in the past thanks to their commemorative parades.