Jenson Button Back for McLaren in Monaco 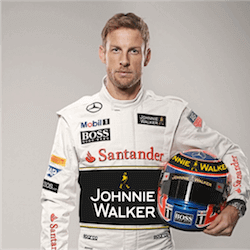 It has been a while since we have seen Jenson Button competing in Formula 1. The good news for Button fans is that the British driver will be standing in for fellow McLaren driver Fernando Alonso in the upcoming Monaco Grand Prix. McLaren made the announcement last week owing to the fact that the Spaniard will be competing in the Indianapolis 500 on the same day.

Speaking to the press, Button said that he was thrilled to be making his once-off return to Formula 1 racing. He said he could not think of a better place to do it than his at Monaco, his adopted home Grand Prix. The 37-year-old Monaco resident handed over his seat to Belgian driver Stoffel Vandoorne at the end of the 2016 season but remains under contact with McLaren, which could see him returning in 2018.

Button won the Monaco Grand Prix back in 2009 on his way to the F1 title with Brawn GP. So far, McLaren have had a tough start to the season. With three races down, they have yet to gain a single point. However, the Monaco track with its tricky street circuit could suit the McLaren car. It is also one of the few tracks where drivers make the most difference. On the day, Button will certainly be the most experienced driver in the race.

A Chance for Button to Shine

Button will make his 306th start at Monaco, putting him third in the most experienced drivers list of all time behind Rubens Barrichello and Michael Schumacher. Button also has the honour of being the last McLaren driver to win a Formula 1 race. This was back in 2012 at the Brazil Grand prix. However, he cannot hope for such success this time around.

Making his Formula 1 debut at the tender age of 17, Jensen Button went on to win a total of 15 Grand Prix races. In a statement to the press, Button says that he realises that he doesn’t really have a realistic chance of repeating his 2009 success at Monaco. He does however feel that he has a real chance of scoring some much-needed world champion points for McLaren.

According to McLaren racing director, Eric Boullier, Button has managed to keep up his fitness by competing in triathlons. In the upcoming weeks, he will be spending a lot of time in the team’s simulator but will not need to undergo the in-season test in Bahrain.