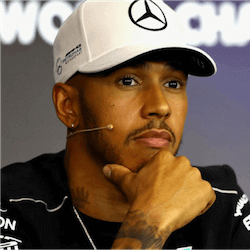 Lewis Hamilton has taken the F1 Championship lead after another impressive win at the Italian Grand Prix. Much to the disappointment of the Italian (Ferrari) fans, Hamilton finished almost five seconds ahead of his Mercedes teammate Valleri Bottas and around 30 seconds ahead of Vettel who came in third. Hamilton now has 238 championship points, just 3 more than Sebastian Vettel with 7 races remaining in the 2017 season.

Speaking to the press, Hamilton said that is it an exciting season and the past two races have been strong for the Mercedes team. Vettel had been leading all season but the rainy conditions and the long straights of the Monza circuit suited the Mercedes car better with raw power playing a major role. In his press statement, Hamilton said that Mercedes had the power advantage over Ferrari which worked well on the weekend.

For his part, Vettel acknowledged that his third placing did not match up with his expectations. Addressing the Italian crowd, Vettel said that even if the race had been difficult, he is confident that Ferrari have a strong car and they going to have a very strong end to the season; of that he is sure. After an excellent start to the season, Vettel has only won a single race in the last seven. Meanwhile Red Bull driver Daniel Ricciardo finished in fourth place, an impressive result considering he climbed his way up from 16th after receiving a grid penalty.

A Clean Start and Finish

Ferrari’s Kimi Raikkonen took fifth position, the same place he started in on lap 1. Sixth place went to Esteban Ocon of Force India while the young Lance Stroll finished in 7th after officially becoming the youngest Formula 1 driver to start on the front row. Making up the final three places in the top ten was Felipe Massa, Sergio Peres and Max Verstappen.

Hamilton got a clean start to the race while Bottas managed to move up from fourth to second after only 4 laps. Raikkonen gave Bottas a bit of a challenge early on but went a little off course and lost time having to slalom through the barriers. Vettel past Ocon on the main straight to take third but rereported problems with his car and was never able to catch the Mercedes front runners.

Looking ahead, the rest of the Formula 1 calendar is made up of Fly-away races staring with Singapore in two weeks’ time. It is expected that Ferrari will be a little quicker where maximum downforce is needed.