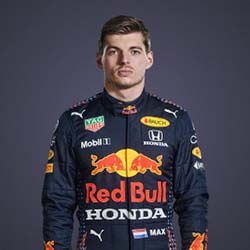 Max Verstappen has won the Austrian Grand Prix and secured his fifth win of the season. Many have begun to note a change in his driving style and mannerisms as he becomes more like Lewis Hamilton.

He went into the weekend as a favourite to win, and although the pressure mounted, he was able to secure a win, surpassing Hamilton and leading the defending champion with 5-3 for wins and 5-2 in pole positions. While he is enjoying the victory, he is still focused on the rest of the season.

Hamilton found himself in fourth place after rolling over a curb and damaging his car. Not only did this affect his points, but also added frustration to the day’s events. He has not secured a win in the last two months since the Spanish GP. Hamilton’s teammate Valtteri Bottas finished second, followed by McLaren’s Lando Norris in third place.

Norris is currently the most consistent driver having been the only one to score points in each race thus far. He would have secured second place but received a five-second time penalty in lap one. While he missed it this time, he is hopeful that he will be able to keep up his performance in the next race.

Verstappen’s fifteenth career win is yet another success for the Red Bull team and he even received an extra point for having the fastest lap. Hamilton on the other hand is working towards his F1 win and hopes that the British GP in Silverstone will deliver the victory he seeks.