Mercedes Under Pressure in F1 Testing 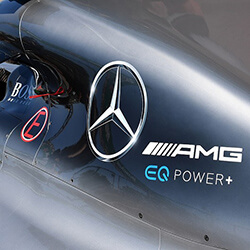 The results from the first of the Formula 1 pre-season testing is that Ferrari are a step ahead of everyone else, and world champions Mercedes have a lot of catching up to do. The Ferrari was the quickest every time it went out on to the track, got down to fast times with ease, and looked comfortable and response to drive, and boasted solid reliability.

Although things for Mercedes had improved considerably during the final day, their times were not coming as frequently or as easily. That was the general feeling even before drivers for Mercedes began to talk to reporters, and once they had, they backed it up.

Talking to reporters, Lewis Hamilton said that Ferrari are very strong at the moment and that they are getting great mileage. He continued by saying that it appears that they have a better package that what they had last year, which means it will be even more of a challenge for Ferrari. He added that no matte what kind of fuel load or engine modes they are running, they are quick, and have good short runs and long runs, and at the moment they feel as though Ferrari is going to be ahead.

Despite the worries, many are taking the claims with a pinch of salt due to Mercedes five consecutive drivers’ and constructors’ championship doubles that they’ve achieved over the last few years, and especially after their performance in 2018’s season.