Need For Change Is Clear After Belgian GP 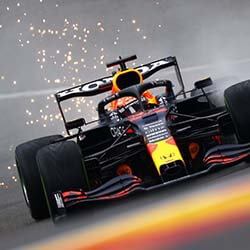 A significant change to the rules governing Formula 1 appears imminent after a bizarre Belgian Grand Prix was declared a valid race after only three laps on the weekend. The race was competed under a heavy downpour of rain and the laps completed behind the safety car.

The event has since been criticized as a farce by some, including British race car driver Lewis Hamilton, who insinuated that the event had been driven by financial considerations on the part of F1. The organisation has since denied the allegations.

McLaren CEO Zak Brown, too, added his voice of unhappiness to the party after the weekend’s proceedings, saying three laps behind a safety car in hazardous weather should not qualify as a race – and that a more appropriate solution should be implemented to avoid a similar situation in future.

FIA race director Michael Masi said on Monday F1’s governing body had merely followed the applicable safety regulations given the conditions on the track. The laps spent behind the safety car had apparently been permitted to continue to “wait and see” what the conditions were and would be like. Masi did however add that the applicable regulations would be reviewed ahead of next year’s start of season.

F1 CEO Stefano Domenicali has in the meantime rejected Hamilton’s claim that the race was only completed in the way that it had been to get the maximum value from broadcasting deals and ticket sales.