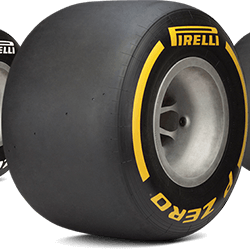 Formula 1 tyres manufacturer Pirellis says it expects to be in a position to deliver on a request by F1 for more durable tyres by as early as next season. According to an announcement by Pirelli boss Mario Isola this week, the company expects to deliver the goods on target. He also confirmed that drivers who had tested the new tyres, which are planned to be rolled out in 2022, have reported satisfaction with their raceability.

While the Italian manufacturer has been supplying the world of F1 with tyres since 2011, it has traditionally not been able to come up with a product able to withstand more than a small number of laps when pushed to maximum endurance.

According to an anonymous statement made by a leading F1 driver, the tyres set to be released by Pirelli in 2022 did seem to signal a huge step forward in terms of performance and heat-resistance. The driver said pushing harder for much longer shouldn’t be a problem come next year.

F1 had set a number of targets for Pirelli for tyres to be fitted next year. These included:

Isola said what drivers appreciated most about the new tyres was the smaller sidewall that makes them a great deal more reactive.