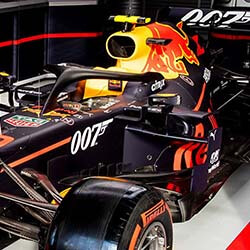 It now appears the controversy over the Hamilton-Verstappen clash earlier this month during the British Grand Prix at Silverstone is far from over. This after team Red Bull recently requested a review of the incident by F1’s official governing body, namely the FIA.

Team Red Bull has expressed its dissatisfaction over the decision taken at Silverstone and is now insisting on a review of the matter by the stewards in charge.

Hamilton during the British GP at Silverstone attempted to pass Verstappen during the opening lap of the race. His car however touched that of his Red Bull opponent’s, which sent Verstappen careening into the barriers at the dizzying speed of 180mph, thereby also ending the Red Bull champion’s race.

While Hamilton got slapped with a 10-second penalty he still went on the win the race – a feat many consider helped greatly by the absence of Verstappen.

The Red Bull driver has in the meantime accused Hamilton of unsportsmanlike conduct and reckless and dangerous behaviour on the track. Also turning up the heat on the Mercedes driver has been Red Bull principal Christian Horner, who is accusing Hamilton of desperate and reckless conduct as well as the putting at risk of a fellow driver’s life.

Red Bull has now expressed the opinion that the penalty imposed on Hamilton is in its opinion too lenient – given the particular circumstances surrounding the incident as well as the drivers’ individual rankings at the time. The next step will be for both teams to present their respective cases before the sport’s governing body for adjudication.