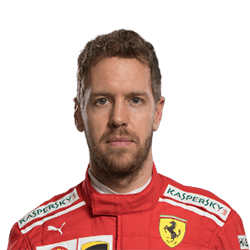 German driver Sebastian Vettel will need to win at the Japanese Grand Prix in Suzuka if he is to have any chance of claiming a fifth Formula One title this season. Even if the driver does claim victory at the Suzuka event, it may be too little, as Lewis Hamilton is currently sitting 50 points ahead in the lead, with only five races remaining before the end of the current F1 season.

This means that the Briton, who has won five of his last six races for team Mercedes, including his victory in Sochi, does not need to win any more races to claim his own fifth world title.

Vettel, talking to reporters, said that maybe the next few tracks will be better suited for him and his team at Ferrari, and that they will know once they arrive. Vettel, who has had five wins to Hamilton’s total of eight, finished third in the Russian GP, as well as at the Singapore event.

He continued by explaining that the Ferrari team needs to keep pushing for the win, and that anything could happen at the race in Japan. Maurizio Arrivabene, team boss for Ferrari, has compared the high-speed Suzuka track to the one at Silverstone, where the British Grand Prix was held, and where Vettel claimed one of his five wins so far this year. Despite that, many feel that Ferrari stands little chance of beating Hamilton’s wide point lead.