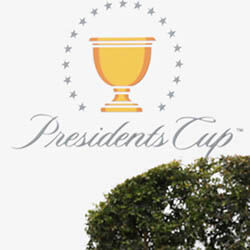 The United States were able to claim a historic Presidents Cup win against the Internationals in Royal Melbourne. Led by captain Tiger Woods, the US was able to turn their 10-8 overnight deficit after dominating the singles session of the next day. Their victory came in the form of wins from Dustin Johnson, Xander Schauffele, Webb Simpson, Woods, Patrick Cantlay, as well as Patrick Reed. Four halved matches proved to be enough for the Americans to push their way to the 16-14 victory they needed.

Matt Kuchar, who had last four of his previous singles matches as far as 2011, was able to earn victory for himself with a birdie on the 17th hole, gaining one position on Louis Oosthuizen. The South African player had been three up before Kuchar produced a comeback with a back nine to level the South African as the US became the first team in 25 years to claim the Cup after falling behind the previous day.

Woods had been the necessary kindling for the US comeback when he was able to edge out previously unbeaten Abraham Ancer three and two for their opening singles events. The 15 time major champion would become the most prolific victor in the history of the Presidents Cup, where he surpassed long-time rival Phil Mickelson’s 26 wins for the match play competition. Talking about the win, Woods stated that they had relief on each other as a team and they won together.