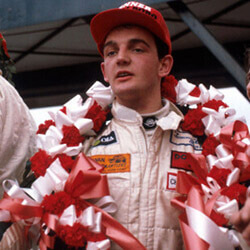 Tommy Byrne, a retired Formula 1 racer and winner of the British F3 will be returning to the European racing scene after it was announced that he would be attending the British Grand Prix at Silverstone.

The retired racer, who is now 60, is set to face James Hagan from Ireland in the FIA Masters Historic Formula 1 races, which will be taking place at the British Grand Prix.

Byrne first graduated to Formula 1 in 1982 along with Theodore Racing, which is part of the reason that Byrne saw victory at the British F3. Despite this, he didn’t see much early success, winning just two of his five F1 races. He also failed to finish in Las Vegas and Austria, and wasn’t qualified to take part in Dijon nor Monza.

Soon after, Byrne went for a McLaren test, but due to some clashes with the team’s boss, Ron Dennis, Byrne’s dream of driving the F1 came to an end. Many years later, and after being the subject of Crash and Burn, an F1 television documentary, Byrne will be returning to F1, but in a more supportive role.

Byrne told reporters that he hasn’t seen the car he will be driving yet, and that he was happy to oblige when his friend James Hagan had asked him to drive. He added that the last time he raced in Silverstone was in 1984, and that’s he’s excited to be back on the track that holds many happy memories for him.