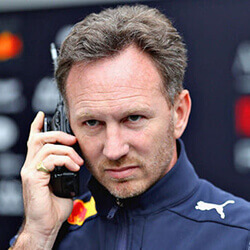 Christian Horner, boss of the F1 Red Bull team, has told reporters that Daniel Ricciardo being classified as a support role team-mate to Max Verstappen during the last season is one of the reasons that Ricciardo has decided to depart from Red Bull and join Renault from the beginning of 2019.

The Australian driver shocked more than a few when he announced his leaving from Red Bull after ten years of service, and to move on to the Enstone-based Renault for a two-ear contract.

Ricciardo saw promotion amongst the Red Bull ranks in 2014, having being added to the senior team to replace Mark Webb, and over that time, has earned seven grand Prix victories, including those from the Chinese and Monaco Grand Prix’s.

Horner, who has come forward to reporters since Ricciardo’s announcement, has said that although he respects the driver’s decision to leave, he feels that he’s taking an “enormous” risk during this phase of his career in Formula 1.

Horner admitted that when Ricciardo first told him about the departure, he thought it was a joke. But after learning that Ricciardo was serious, Horner explained that he had to respect the decision, and that Renault is starting to take F1 far more seriously.

With an empty seat now open in the Red Bull side, the most likely candidates are Carloz Sainz and Pierre Gasly. Whoever is promoted to the senior team will be riding along veteran Max Verstappen.