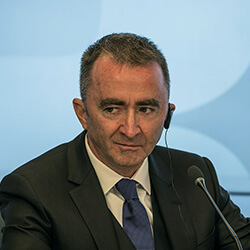 Williams’s chief technical officer Paddy Lowe has announced his departure from the F1 team following their otherwise disappointing performance while at pre-season testing. Williams has stated that Lowe was taking a leave of absence from the business for his own personal reasons.

The departure comes as the team didn’t manage to have their F1 vehicle ready for the start of the tests, which took place in Barcelona. They were also the slowest of all the teams participating when they were on the course, and missed a total of two and a half days worth of testing during a period of eight days. Claire Williams, debut team principal, told reporters that they were not only disappointed by their delay, but that they were embarrassed to not bring a race car to the circuit at all when everyone else had managed to. She added that it’s especially disappointing considering the team that they are, who have managed to be present at every testing for the last 40 years.

The F1 team had started 209 hoping that they would be able to push forward after last year, which was the worst season in history for them, having finished in last place. The result has seen tension between Lowe and the rest of the team during testing, and brought up questions about his tenure.

Lowe, in a follow-up to his leaving, stated that he is not concerned about his future, and that the car is a big step forward in terms of behaviour and responsiveness.