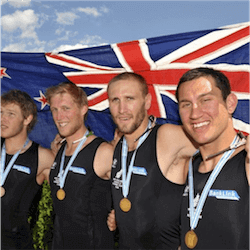 2016 has been a great year for New Zealand sports. There have been many standout performances but there have been 5 that stand out just a bit more.

Firstly, Israel Dagg. With a stunning 13 wins off 14 tests, New Zealand seem as strong as ever in rugby with Israel leading the charge.

Steve Hansen may have been worried after losing so much talent, but the team decimated the competition with 6 fixtures won with bonus points in the Rugby Championship.

Cricketer Brendon McCullum has had a rough few matches with lack lustre performances in recent games.

It wasn’t until his game at the Hagley Oval that fans remembered how great this cricketer truly is. He achieved a record breaking century from 54 balls.

NBA player Steven Adams has had a fantastic year with the Oklahoma City Thunder. He signed a multi-million dollar contract cementing his basketball career with the NBA.

After a tough life after losing his father, it is great to hear such an inspirational story from a local athlete.

Eliza McCartney is another top athlete from this year. She won a bronze medal in pole vaulting at the Rio Olympics, but it was her clear and unbridled passion for the sport that has garnered her headlines across the world.

She has inspired a whole generation of athletes to do their absolute best and enjoy every minute of it.

24 year old Joseph Parker has quickly made a name for himself as a top ranking fighter. He is listed at no 5 of the best heavyweights according to the Transnational Boxing Rankings Board and number 7 by The Ring magazine.

Parker became the first heavyweight boxer from New Zealand or from the Pacific Islands to in a major boxing championship. He won the WBO title after defeating Andy Ruiz.

His other titles include the WBO Oriental title, Africa title as well as the Oceania title.

Other titles he has held include the PABA and OPBF belts. In his amateur career he has taken part in the Commonwealth games of 2010 but he did not qualify for the 2012 Olympics.

These athletes have been a great boon for New Zealand. Not just because of their stellar performances on the fields, but for their hard work off the field in promoting the great Kiwi sporting culture.

It will be interesting where these stars career paths take them next.