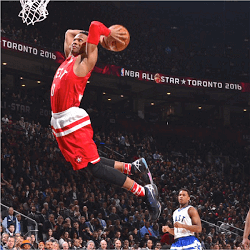 For the thousands of New Zealand punters who follow NBA basketball, the US league delivered a spectacular finale to the 2015-16 season in June. Oakland’s Golden State Warriors had home-court advantage over the Cleveland Cavaliers in Game 7 of the NBA Finals. But that didn’t stop the Ohians from pulling off a 93-89 victory, to win the championship for the first time in Cavaliers history.

It is also the first time a team has come back from a 1-3 deficit in the NBA Finals and then won three games in a row to clinch the series, so Cavaliers fans were ecstatic. LeBron James, who made a welcome return to the Cavaliers in 2014 after four years with the Miami Heat, played a large part in the victory. He took 41 points in each of Games 5 and 6, and in the final contest he scored 27 points, 11 rebounds and 11 assists.

Despite going down to the Cavaliers, the Warriors did get some consolation out of the 2015-16 NBA season. Warriors point guard and All-Star Stephen Curry, despite some disappointing performances in the NBA Finals, delivered so many other great games throughout the rest of the year that he was named NBA Most Valued Player for the second year in succession.

The 2016 MVP selection was another first: the first time in NBA history that the vote was unanimous. Curry’s record-breaking 402 3-pointers scored during the 2015-16 season also secured him an ESPY Award, and his third All-Stars nomination.

There is a modern trend for coaches to encourage more positional flexibility in basketball, and for point guards to play deeper than before. Milwaukee Bucks player Giannis Antetokounmpo, famously, has a rigid role in the team: Whatever they need him to do. With point guards like Stephen Curry, Russell Westbrook, Chris Paul, Kyle Lowry, James Harden and many more adopting a similar philosophy, the result is a faster, more fluid and entertaining game.

Basket ballers are also bigger and faster nowadays, so we don’t expect the record breaking to slow down in 2016-17 either. With the Warriors now in the ranks of the super-teams, capable of lightning-fast crowd-thrilling offence at any time, the rest of the season promises some epic clashes. New Zealand’s NBA fans will have plenty of action to bet on from now until June 2017.