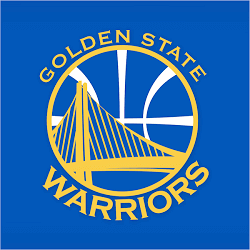 James Harden has managed to notch up his fourth triple double for the season with 29 points; 15 rebounds; and 13 assists in their bout with the Warriors. The Houston Rockets managed to outlast the Golden State Warriors with a score of 132 – 127 in double overtime, and thus ended the 12-game winning streak the Golden State team has been enjoying up to tonight. An exhilarating match was enjoyed, with the players performing at their usual extraordinarily high standard, earning every penny of their somewhat outlandish paycheques.

The Houston Rockets American professional basketball team are based, as is indicated by their name, in Houston, Texas. They participate in the National Basketball Association, or NBA, as a member club, and the make up the Western Conference Southwest Division. Mike D’Antoni is their head couch, and their arena is the Toyota Centre. Their mascot is a clutch, and they are owned by Leslie Alexander.

The Golden State Warrior American professional basketball team are based in Oakland, California. They compete in the National Basketball Association, or NBA, and form part of the Western Conference Pacific Division as a member club. Their stadium is the Oracle arena, and their head coach is a Mr Steve Carr. They are part owned by Peter Guber and Joseph S. Lacob respectively, with the latter being the majority holder.

Rocketing to a Win

James Edward Harden Junior is a professional basketball player from the United States of America, and he is currently part of the Houston Rockets team of the NBA. He is 27-years old, and a Los Angeles California-native who weighs in at 102 kilograms, with a height of 1.96 metres –and earns an eye-watering US$ 26.54 million a year.

Eric Gordon managed to score 23 points as a substitute player as Houston brought the Warriors’ winning streak to a screeching halt –with the beleaguered Golden State team losing their most valuable player, or MVP, in Stephen Curry with a whole 3:25 left in the last additional session when Curry got whistled for a charge and was subsequently fouled out. Ryan Anderson also managed to score 29 points, thanks to five three-pointers, and the team joined up to score a total of 88 threes, 44 each.

Eric Ambrose Gordon Junior, Houston Rockets player for the NBA, is a 27-year old Bloomington Indiana University graduate who earns US$ 12.39 million as of this year.