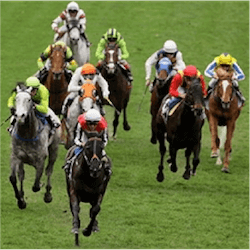 This weekend sees the Aurie’s Star Handicap taking place at Flemington. This Group 3 race takes place over 1000m and offers a $150 000 prize purse. This event is seen as a measuring staff for Spring Carnival contenders.

I Am A Star, the 4 year old filly sired by I Am Invincible, is ready to face the Melbourne Spring Carnival after some much needed rest, according to trainer Shane Nichols.

Race Program Not Set In Stone

The filly doesn’t have a definite plan of attack for the events this season but her trainer feels the time is right for the horse to shine. Her last great win was in the previous Spring Carnival where she took the group 1 Myer Classic over 1600m, pocketing her team a $500 000 prize,

Before her holiday she also managed to take a win in the Group 2 Kewney Stakes, and the Group 2 Sunline Stakes. Nichols is now going to give her a barrier trial after her break, heading into the Aurie’s Star Handicap Day where she is sure to cause a stir. She has already earned her trainer over a million in prize money, and she may be set to award bettors in much the same manner.

After this weekend, I Am Star is set to head to the Memsie Stakes and then potentially the Underwood Stakes, the Toorak Handicap or the Epsom Handicap. It all depends on the form I Am A Star will be displaying at the Auries’s Star Handicap.

I Am A Star’s jockey, Steven King, announced his retirement this week. He rode the filly when she almost won the Thousand Guineas last spring. King has not competed since December but has only now announced his plans.

I Am General Not To Attend

Nichols is however not including I Am The General for the Aurie’s Star Handicap Day races. Instead, I Am The General will be heading to Randwick after he was accepted at the Jackson Pastoral Company Guyra Handicap.

This weekend is set for yet another great set of races at Flemington. I Am A Star is a favourite to finish high, especially after her 2 week break and her continued consistent performances.