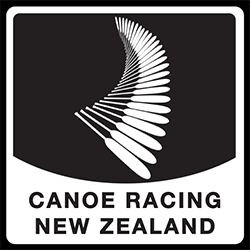 Canoe Racing New Zealand has been top-ordered to make immediate work of addressing new allegations of a culture of mistreatment being at play within the organisation’s elite women’s squad.

The order to investigate and address came directly from government agency and sports authority High Performance Sport NZ, which agency reportedly very recently met with out-bound national squad member Aimee Fisher regarding the reasons behind her decision to quit.

High Performance Sport NZ boss Michael Scott wasted no time writing to Canoe Racing NZ CEO Tom Ashley, during which correspondence he apparently not only provided a detailed outline of the agency’s concerns over the information provided by Fisher and others, but also a list of clear expectations regarding how the various issues must be dealt with now as well as going forward.

Scott’s sense of urgency and dissatisfaction should come as no surprise – especially given that Fisher is officially the sixth female athlete to leave the squad in a space of only eighteen months. All 6 women have cited bullying, manipulation, and even brazen intimidation as part of their reasons for leaving the Gordon Walker-headed squad.

But despite the fact that the agency has all throughout been involved in all 5 previous departures, Scott has apparently described his meeting with Fisher as a revelation of facts “new to senior leadership”.

Asley has in the meantime responded to concerns raised over the steps his organisation planned on taking in order to effectively comply with the government agency’s request, by pointing to the existence of Sport New Zealand’s Independent Complaints Mechanism.