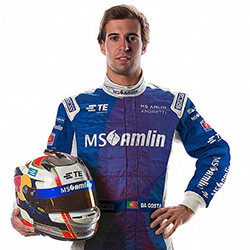 DS Techeeta’s Vergne took the lead around halfway through the stage at the Ad Dririyah ePrix, but a drive-through penalty forced the driver to finish second behind Da Costa, who drivers for BMW, with Jerome D’Ambrosio completing the podium for Mahindra Racing.

The single-seater series began its now fifth season with its first race in Saudi Arabia – the first ever – which also saw the debut of the Gen2 vehicle that can reach a top speed of 280km/h, and will have enough battery power to last an entire race.

Previously, drivers would need to stop during the race to change cars. Pole sitter De Costa managed to overcome an otherwise poor start after he misjudged his grid spot and had to position his car at an angle that was pointing at the barriers. During the halfway stage, Vergne passed Da Costa to take the, which he did by going around the outside of Turn 18.

Vergne’s teammate Andre Lotterer also managed to get past Da Costa into second spot, before both drivers were given drive-through penalties due to technical infringements. Da Costa eventually managed to take the lead back on lap 24, after which a safety car period of three laps meant that he was able to take the flag.