Awaiting the Provincial and Country Raceday 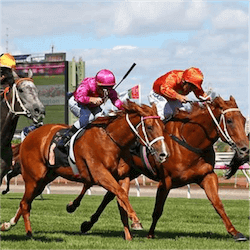 The Annual Provincial and Country Raceday

The annual Provincial and Country Race day at the Victoria Racing Club in Flemington will be taking place in a few weeks with the competitors for the event being finalized after nominations close on the 19th of June.

There will be 9 races held on the day, which also includes winter race heats.

A Race Loaded With Meaning

The Provincial and Country Race Day is so much more than just a prestigious racing event, it symbolizes the complex and intertwined relationship between the city and the country in the world of horse racing.

Other than the 6 winter heats, the main attraction on the day is of course the David Bourke Provincial Plate.

It was renamed in 1999 in honour of the then Chairman of the Victorian Racing Club David Bourke who passed away in 2005.The David Bourke Provincial plate will be offering up a $100 000 grand prize this year.

The track is a 1600m race with a 16 horse limit. It is a handicapped race with no age or sex restrictions and the current record on the track stands at 1:33:49.

The 2016 Provincial and Country Finishers

Excitement is running high for this year’s Provincial and Country Race Day. Last year’s event was a triumph for David Weir and his power house Royal Rapture.

They took the first place spot ahead of Leveraction, Magic Consol and Award of Merit. At the time the 6-year-old Royal Rapture made an incredible run jumping from the 1st barrier to the lead in a time of 1:40:37.

The second place finisher, Leveraction was ridden by jockey Brooke Sweeney who in the same year received a $1000 fine for overuse of her whip. The fine was eventually challenged and this lead to a revaluation of the strict over whipping rules.

Another standout race that takes place on the same day is the Super Vobis Handicap featuring some of the greatest up and coming talent from the 2year olds. It also features a $100 000 grand prize but it does not carry the same prestige as the David Bourke Provincial Plate does.