Bagalollies Broodmare Of The Year 2016 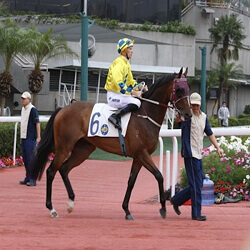 Bagalollies Wins Broodmare of the Year

The New Zealand broodmare of the year is announced at the end of each season in July at the same time as the horse of the year and other rewards are given out. This year it was the dam of Werther, Bagalollies, who was a good racehorse herself.

Bagalollies herself is by the super sire Zabeel, who won sire of the year numerous times in New Zealand. Zabeel was by Sir Tristram who was also a leading sire in both New Zealand and Australia. Other sires in her sire line include Nureyev who was known as a broodmare sire in America.

Her dam line carries the Danzig bloodline, but instead of Danzig’s most famous son, Danehill, we find Ascot Knight as her Grandsire. Ascot Knight and Night Stand were responsible for Bagalollies dam Lady’s Night who was a Canadian horse. She made over $13 000 dollars racing before being retired to stud.

Bagalollies raced for a while herself before becoming a broodmare. She had three seasons, beginning when she was two years old. Her first season was short, as it often is with two year olds.  A second, a fifth and a sixth at local tracks did not ring any bells in either her trainers or owners minds. She was a good horse, but nothing outstanding.

After a year off she came back for six starts, placing in all of them and winning two. All these were still local races however, none of which wee Group Ones. Another long spell began a slightly longer season with eight starts. She underperformed in all of them, coming last in her last start. It was then decided to put her to stud as she clearly wasn’t going to be a superstar on the track.

Bagalollies settled happily into the broodmare life, lots of big fields and time off.   She had a number of foals which entered her into the running for broodmare of the year in New Zeland.To win the broodmare category, the mare would have to be New Zealand bred and/or have New Zealand-conceived progeny, anywhere in the world, in the season under review to most clearly reflect true breeding merit in quality of racing performance. Bagalollies son, Werther, more than met those requirements. She has also produced Gobstopper who is a winner, and trial placed Adorable. She currently has a yearling filly by Tavistoc that is Werther’s full sibling. She is due to be in foal to Tavistoc again in the next season

Werther is Bagalollies best offspring so far. Werther has raced in New Zealand as well as Hong Kong against Australian horses such as Winx and Chautauqua. He was voted Hong Kong Horse of the Year for the 2015 2016 season. He is a winner of the Hong Kong Derby, as well as the Queen Elizabeth Cup, making him an elite racehorse and a potential super sire in his own right.