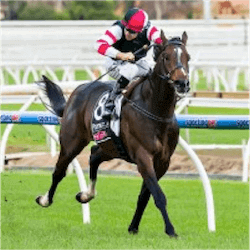 This Saturday will see the unfolding of the Bletchingly Stakes Group 3 race and fans are anxiously awaiting the return of Lankan Rupee. The horse makes his return to his home track in Caulfield to take part in the 1200m race after a very lengthy absence from professional racing.

The former Racehorse of the Year winner has been out of racing since Spring last year, his last event being a 4th place finish in the Darley Classic.

Lankan Rupee has been seen in two jump outs in order to get the horse’s fitness up, but his official return will be at this weekend’s Blenchingly Stakes.

The $150 000 race will also feature a very dangerous challenge from Supido and a newly invigorated Ability. Ability, who was trained by Robert Smerdon, has been in fantastic form recently.

It has been unbeaten in its last three starts and it last won the Listed All Victorian Sprint Series final that was held at Flemington. Craig Williams will be his jockey at the event and Ability certainly looks set to race a great one if his recent form holds up.

Supido on the other hand made its last great win in the recent Caulfield Cup, a bit shorter in length than the Bletchingly Stakes at 1100m. Supido is the favourite at this weekend’s race.

He will however not be teamed with his last jockey, Luke Nolan and Beau Mertens has publicly stated that he is very keen to be partnered with Supido at the Stakes.

Mertens trailed with Supido before his great Monash Stakes win and believes that he is the fastest horse in the race. Mertens wants to take part in the Bletchingly Stakes as it is the headline event before the Metropolitan Jockey Premiership. He is in competition with Ability’s jockey, Craig Williams, for the title as they are currently both locked at 72 wins each.

Williams has also raced on Supido four times and won 3 of those events. He was in talks to ride Supido out again, but then he was agreed for Ability.

The Other Two Strong Challengers

Also in the weekend meet is defending champion Lord of the Sky who took the win in 2016 at the Bletchingly Stakes. He claimed a 6th position at the Monash Stakes this year, marking his return to professional racing after an 11 month absence.

Joining them as well will be Murt The Flirt who had a great run at the Monash Stakes this year, finishing in third place.