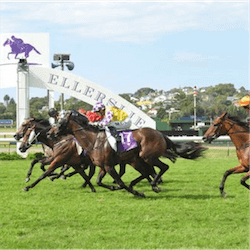 Sports betting enthusiasts saw some of the horses on the Auckland Cup Week card put through their paces one last time at Ellerslie last Saturday, in two Group 2 races: the Avondale Guineas and Avondale Cup.

These are usually useful races to spot potential winners for Auckland Cup Week, but the grim weather on Saturday did not make the picture any clearer, as the heavy going favoured outsiders. Of course, if the conditions are similar on March 04 or 11, punters may want to back the outsiders anyway.

At $4.50, 5-year-old mare Chenille remains the favourite for the 3200m Auckland Cup, even though she finished only seventh in the 2400m Avondale Cup on Saturday. However, she doesn’t do well on slow tracks, so if she gets good or dead conditions on March 11, it should be a totally different story.

If the going is good on March 11, on the other hand, punters may prefer Fanatic, Pentathlon or Five To Midnight: all are currently at $10.00 or less.

The 2100m Avondale Guineas was won by Gingernuts on Saturday, and as a result the 3-year-old gelding is now at $8.00 for the New Zealand Derby on March 04. Sacred Elixir was the early favourite for the Derby, but also only finished seventh in the Guineas.

As a result, the gelding has slipped to second favourite for the Derby at $5.00, with colt Savile Row, who did not run on Saturday, but was runner-up at Te Rapa’s 2000m Herbi Dyle Stakes two weeks ago, the new favourite at $4.50.