Even field for Auckland Cup 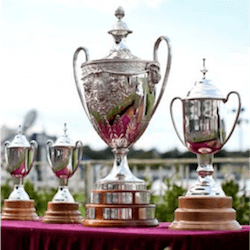 The 2017 Auckland Cup week kicks off on the 11th of March. This year it seems the field is a lot more even to the racing competitors after some of the best race horses in the sport pulled out of the event.

Winner of the 1.1 million dollar Inter Dominion, Smolda and his rider Mark Purdon will not be coming to the Auckland Cup week. Additionally Lazarus who took the coveted NZ Cup as well as the current reigning Grand Circuit champ Have Faith In Me will also be no shows.

This has left some fans disappointed but overall the group 1 horses that are currently set of the Auckland Cup is probably one of the most even showings of any year.

Many eyes will be on the performance of Franco Nelson. The horse had a poor showing in his previous Inter Dominion event after suddenly dropping to last place and then fighting back for a 5th position finish.

Trainer John Dunn stated that the horse has had to push through a very busy few weeks and they are looking forward to flying him back to Auckland for some rest before the Auckland Cup week.

Other thorough breeds that have drawn the attention of fans are Dream About Me and Titan Banner. These two horses have had strong showing in races this year, with Titan Banner knocking loose a big win at the Alexandra Park Summer Cup.

Dream About Me has had many comparisons to her now retired stable-mate Adore Me, who was the 2014 Trotting Cup winner.

There were some concerns regarding Dream About Me’s fitness for race day after she incurred an abrasion on the knee after her last Cup performance but she has made a sparkling recovery according to trainer Mark Purdon.

Tiger Tara and Hughie Green are also two other notable entries this year. Hughie Green was last year’s Auckland Cup runner up so both his trainer and fans are very excited for his performance this year.

The Auckland Cup is an annual 3200m handicap race that first started in 1874. The Cup was commissioned by none other than Queen Victoria in 1889.

If you wish to go see the event live, it kicks off on Saturday 11th of March. The gates will be opening from 10:30 am. There will be hospitality options on site that start opening from 11:30am. The first race will kick off at 12:20pm and continue until 9pm.