What to Expect At The Group 1 Doomben Cup 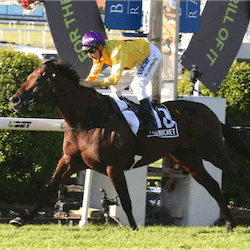 Gearing Up for the Doomben Cup

The Doomben Cup is a Group I thoroughbred horserace held under weight-for-age conditions, forming part of the Queensland Winter Racing Carnival. The race takes place in May each year at the Doomben Racecourse with a total prize money of $650,000. In recent years, the Doomben Cup has even surpassed the prestigious Brisbane Cup as Queensland’s premier staying event of the season.

The first Doomben Cup was held in 1993 over a distance of 10 furlongs. Pentheus won the inaugural race in a steady time of 2.05.7. In 1946, the race was won by the famous galloper Bernborough, who carried 68kg through for the win. The Doomben Cup was initially run as a handicap before being converted to a weight-for-age event. The last handicap race was won by Abstraction in 1989. Between 1991 and 1993, New Zealand Bred Rough Habit won the race a record three times with jockey Jim Cassidy on the reigns.

The profile of the Doomben Cup is best suited for geldings and entries of four-years-old or older. In fact, in 1995, Danewin was only the second three-year-old to win the race since its beginnings. In the last few decades, only two mares have managed to win the race including Cinque Cento in 2007 as well as Steama in 2014. Interestingly enough, not a single three-year-old filly has ever won the race. Some of the most distinguished winners include Defier in 2004, Intergaze in 1999 and Might and Power in 1998.

The main leadup race to the Doomben Cup is the 1800 meter Hollindale Stakes that is run two weeks before at the Gold Coast. Nine Doomben Cup winners have come through from the Hollindale Stakes, five of which were able to complete the double including Metal Bender, Streama, Bush Padre, Above Deck and Bureaucrat. Other notable leadup races include the Queen of the South race in Adelaide, the Queen Elizabeth Stakes at Randwick and the Prime Ministers Cup held at the Gold Coast.

The 2017 Doomben Cup will be held on Saturday the 20th of May at Doomben Racecourse in Brisbane Australia. In 2016 the race was won by Our Ivanhowe with Pornichet claiming victory in 2015 and Streama in 2014. In the past decade two out of ten favourites have gone on to win the race at odds of around $3.38. At the same time, three out of 10 favourites have failed to place.